About Us: The Producers

Producers Tim Powell and R. Lee Brown have worked together for over 13 years. Producing Corporate Videos and Interactive Online Media, they decided early on that they would eventually team up to do short and long form entertainment. The time has finally proven right to make use of new crowd-sourced funding and online media to showcase their talents both behind and in front of the camera. 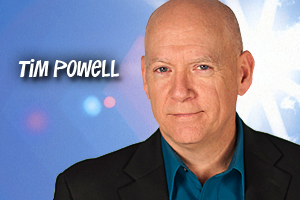 Tim Powell is an LA based Film, TV, Web Series, and Voice Actor who has no concept of “Free Time.”

Tim earned his SAG card in 1983 and hasn’t stopped livin’ the dream since. (Anyone like Ramen Noodles?) He’s scored dozens of plum roles on TV shows: ER, Wiseguy, Burn Notice, Army Wives, One Tree Hill, The Glades, Criminal Minds, plus a 26 show run on Sheena, Queen of the Jungle, just to name a few. He also appeared in the web series 6:14 opposite Michael Ironside and Nathan Embry, and most recently as a Four-Star General in Promos for Comedy Central’s Jeselnik Offensive.

Generals and other authority figures are Tim’s bread and butter, as many of his “Big Screen” appearances demonstrate. He’s had roles in major releases such as Bad Boys 2, Pregnancy Pact, Drop Zone, Sunshine State, From the Earth to the Moon, Transporter 2, HBO’s Recount, and about 40 other titles too long to list here. You can see a more comprehensive list on his website – www.timpowell.com – or his IMDB page. 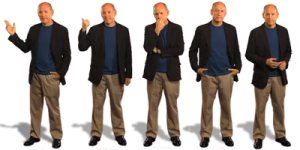 Tim has shown equal dexterity behind the camera since 1998, as CEO, Producer, and Director of award winning videos from his former FL-Based Production Company, Bark At The Dog Productions. He’s produced some pretty memorable short comedies like Confessional and together with R. Lee Brown has produced dozens of corporate Industrial and web based pieces (always with a humorous touch). The two always kept an eye toward on-screen talent, including assembling a talent pool of on-camera spokespeople (spokespersons? spokeshumans?) with radical teleprompter skills in a “pick your host for your website” campaign.

R. Lee Brown has always been a storyteller. Any well-crafted presentation is, after all, a story: whether it be a website, Facebook page, script, multimedia presentation, brochure or pamphlet, or even a Powerpoint. Really, people STILL use them. Go figure.

Lee has built a 30+ year career from crafting effective, engaging stories for clients, corporations, and characters: from the B2B/B2C worlds of advertising & marketing to informative prose and pure entertainment. Lee has integrated scripted entertainment into multimedia presentations and marketing from community affairs programming to a video-hosted facility tours.

Lee’s background and pursuits have always revolved around writing/producing/directing media entertainment, usually with a humorous twist. However, working for The Man, even in a creative capacity, offers rewards that are more managerial than directorial (since “producerial” doesn’t seem to be an actual word, although it should be).

Spiffy corporate titles like “Creative Director” and “Chief Marketing Officer” don’t translate into “script writer” and “media producer” on a resume, even though a significant amount of what Lee did on those positions was write, direct, and produce entertainment video, albeit with corporate purpose.

Purge Your Loser will change all that. Produced exclusively as entertainment, this project will showcase Lee’s writing and producing abilities outside of a more stifling marketing environment. Examples of his work are available to view on his site.
VISIT LEE’S WEBSITE at www.rleebrown.com