Purge Your Loser is a short film project by producers Tim Powell and R. Lee Brown. It’s an office/relationship comedy about what makes confident people so successful — both professionally and personally — and the ends they will go to keep that advantage.

UPDATE: Unfortunately, we didn’t hit our budget on Indiegogo, but we’re not purged yet! We’re looking at new ways to approach Purge Your Loser; possibly running a Kickstarter, definitely polling those who have had successful crowd funded projects to see what worked for them, and perhaps even reworking Purge into an extended web series.

No matter what we end doing, we’ll keep you posted on the latest and greatest! Thanks for your interest and support! 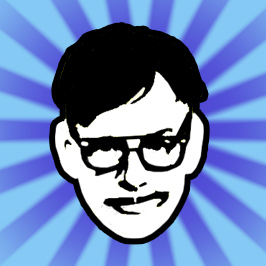 To that end, we’re going to make Purge Your Loser a professional quality short: real lights, cameras, action! This won’t be one of those shaky cam videos that sound (or LOOK!) like they were shot by someone’s buddy with a barely decent camera in his brother’s girlfriend’s bathroom. When we’re finished, you’ll think you’re watching something produced for an actual TV/Cable Network. If we do this right, maybe it will BECOME something produced for an actual TV/Cable Network. That’s kind of the goal here.

To accomplish that, we’re going to need a real budget. It will be a LOW budget, to be sure, but real money to pay real professionals to make a real movie for a real audience. That’s why we’re taking Purge Your Loser to Indiegogo – to use crowd-sourcing to make something that will make everyone proud to be part of the cast and crew (including those donating). You can find the link to our Indiegogo project page over to the right.

Here’s an overview by someone a darn-sight prettier than we are:

You’ll find details about the film, the producers, the project, the perks and more throughout the site. We’ll even include a sample script page so you can so how out there we’re going. It’s a unique concept but when it’s all said and done, it’s a comedy, so humor is the goal. With luck, you’ll smile enough to head to Indiegogo and help us bring this project to life.

You also get some nifty bennies and various and sundry other goodies for your contributions: from behind the scenes video featurettes to Purge Your Loser T-shirts; audition videos of the lovely ladies of Purge Your Loser (and there will be a LOT of lovely ladies!) to live set visits; invitations to the Wrap Party and World Premiere to actual film credits that make you part of the Hollywood elite. Well, almost sort of kind of elite, but really, you can legitimately say you are a Film Producer and you’ll have the actual credit to back you up! Win bar bets, amaze your friends!